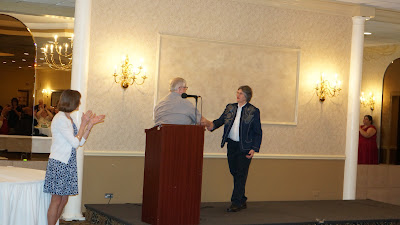 In January of 1981, the Reverend Diane C. Johnson accepted the call to be the Pastor of the Gethsemane Lutheran Church in Cicero.  Growing up in a small town farming community in Minnesota, Cicero was a big city to Diane.  As she took on her pastoral position and began getting to know her congregation and new community, she was encouraged to contact Pat Makris from The Children’s Center.  Diane was told she needs to meet Pat because she is “a mover and a shaker”.

Diane made an appointment to see Pat.  The way Pat was described, Diane was a bit nervous.  She found her to be friendly, open and down to earth.  Pat gave her a tour of the Grant Works site.  Diane began coming to the annual dinners and met other staff and volunteers at The Children’s Center.  These ties to the Children’s Center were strengthened in 2001 when Clement Presbyterian Church, home of the Grants Work site, asked her to serve as their part-time Pastor, splitting her time between Gethsemane and Clement.  Diane C. Johnson has always been dedicated, kind and helping in every way to The Children’s Center.

Inspired by the commitment and enthusiasm of Pat and others, Diane became involved with the community.  She joined the Girl Scouts, serving on the Board and working on the cookie sales with troops. She became the President of the Board of the Cicero-Berwyn-Stickney Food Pantry when it was incorporated in 1989. She was active in the Interfaith Leadership Project and the Neighborhood Center of Cicero.  She serves on the Board of Directors for Family Service of Cicero, Rotary Club of Cicero-Berwyn-Stickney, and Riverside Branch of AAUW. At church, she has touched the lives of many young people through Bible School, youth group activities, and summer camp, and teaching confirmation classes.

This “all” brings us to the present; Reverend Diane C. Johnson is the Pastor of the Gethsemane Lutheran Church.  In addition to her relationship with The Children’s Center of Cicero-Berwyn, she has involved herself in the Cicero community for over 36 years.  She has dedicated time to local organizations involving children, families in need, and seniors.

We are proud to present the 2017 Patricia Makris Memorial Award to
Reverend Diane C. Johnson