WGBO Univision Local Media Chicago  is a Univision Communications, Inc.'s owned and operated television station in the Chicago area.  Serving the Chicagoland area since 1995, WGBO Univision Chicago has been a local news leader and a top 5 broadcast station, regardless of language and #1 Spanish language station, among adults 18-54.

Univision made its first contact with The Children's Center of Cicero-Berwyn over 10 years ago at  the grand opening of a local cell phone store.  Alica Chavarria, Activation Promotions Manager for Univision met Patricia Makris, and shared her first impressions of that meeting.  She relayed that Patricia came int he room boisterous and laughing.  Within 10 minutes she had control of the room.  Alicia reached out to The Children's Center and found out more about this agency that serves children and families from the area. 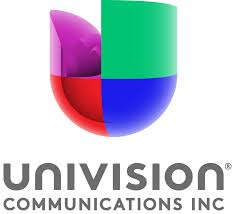 Since that meeting, Univision has supported The Children's Center of Cicero-Berwyn by donating movie passes, and implementing a non-perishable food drive and a toy drive.  Univision's staff makes arrangements to collect food and toys for our families.  They gather over 100 toys just prior to the Holiday to be distributed to our children.

Univision invites other families and children to participate in a toy drive, teaching more fortunate children the gift of giving and helping children with less.  The relationship between Univision and The Children's Center has become the bonding of tow different businesses with one goal "to help the people of the community where we work and live".

We are proud to present the 2015 Patricia Makris Memorial Award to Univision Local Media Chicago.